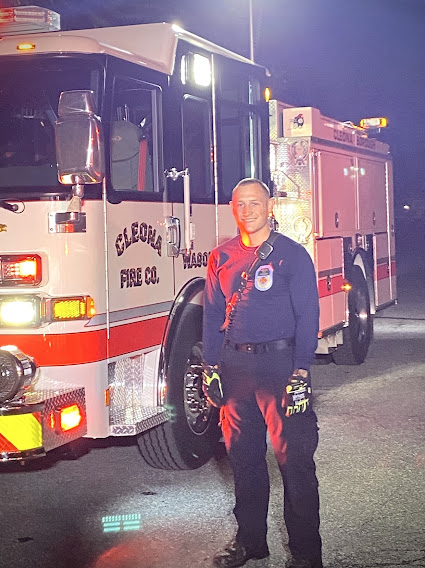 Matt Zechman has been with Annville-Cleona Fire Department for more than 10 years! He joined in October 2012 at the age of 14, after seeing that a few high school friends were already involved with the department.

“It was something I wanted to do since I was younger,” he said. “My friend got me an application, I returned it, and began to attend every fire company function as much as possible.” 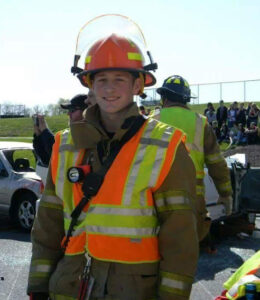 Joining as a young high school kid through adolescence and into early adulthood helped Matt become the successful person he is today.

“Joining at such a young age, I fell in love with the fire service and the environment surrounding it. Instead of going through high school without direction, my experiences and involvement led me to pursue a career in EMS.”

Now, he works full-time as an Advanced EMT with Life Lion EMS and is a Sergeant in the Pennsylvania Army National Guard as a combat medic. He even owns a small coffee roasting business!

“The demonstration and hard work in my teenage years set me up for success and showed me to chase my dreams,” he said. “I wouldn’t be where I am without the fire company.”

For Matt, protecting others, and seeing the results of the department’s actions are the most satisfying aspects of being a volunteer.

“You get the be the face of reassurance and security during vulnerable times for people, and the dignity of having such responsibility is life-changing,” he said. 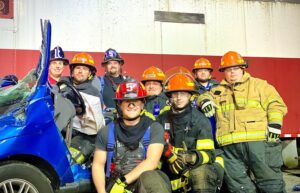 One recent call that stuck with him was a cardiac arrest call where his quick-thinking actions may have truly made the difference. The patient – who Matt performed CPR on – lived and walked out of the hospital four days later.

“Being able to hug him and his wife was one of the most valuable memories I have,” he said. “It reflected the direct impact we have on our community.”

For those who may not want to jump on the fire truck to fight fires or participate in vehicle rescues, there are various other ways to help your local volunteer fire department and ultimately your community.

Some of the many ways to help out include volunteering as fire police or EMS, as well as fundraising, public relations, administrative work, maintenance, cleaning, etc… With so many opportunities, finding your niche shouldn’t be too difficult. 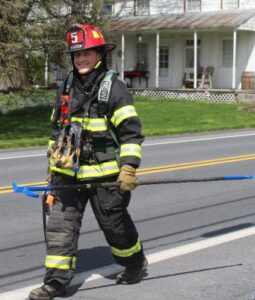 “You can start with no path in mind and I guarantee that something will catch your interest,” Matt said.

To learn more about how to volunteer with your local Capital Region Firefighter company, visit www.CapitalRegionFirefighter.org.